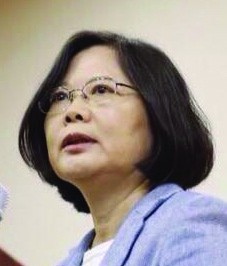 TAIPEI -- For decades now, Taipei and Beijing have played a zero-sum game in the political sphere, and everybody's been keeping count. Every loss of an official diplomatic ally of Taiwan -- or the Republic of China (ROC), as it is officially called -- is marked off as a win for the People's Republic of China (PRC). By that count, the PRC has been winning: Taiwan now has 15 States with which it has offficial diplomatic ties, while China has, well, all the others. As I have argued before, and meaning no disrespect for the 15 countries with which Taiwan has official ties, the democratic islandnation's survival depends much more on its ties, though unofficial, with significant democracies and economies such as the U.S., Japan, the E.U. and a handful of other influential States. While the zero-sum contest for diplomatic recognition between Taipei and Beijing has been largely the result of the PRC's attempts to isolate, and ultimately erase, the ROC (Taiwan) as a sovereign entity, Taipei is also responsible for creating an environment in which a non-zerosum approach to the problem is unimaginable. Taipei's position, in fact, finds its origins with Chiang Kai-shek, who from the outset, would not countenance the existence of the PRC, let alone allow dual seats at the U.N. in the 1970s. Rather than allow for the possibility of "two Chinas" -- emulating, perhaps, the "two Germanys" or "two Koreas" models -- Chiang, who never abandoned the dream of retaking the "mainland" from the Communist bandits who had ousted him and his Nationalist forces at the conclusion of the Chinese civil war in 1949 -- decided to walk out of the U.N. And of course, dictator that he was, he never consulted the people who were to be affected by that decision, the Taiwanese themselves. It's easy to blame Chiang, who very much was the product of a different era. But the zero-sum tradition carried over, surviving both the end of the Cold War and the democratisation of Taiwan, with Governments in Taipei holding on to the notion that the ROC continued to represent the whole of China, long after Taipei had abandoned the illusion (or delusion?) that it was still possible to "retake" the "mainland".

Part of this is due to the fact that Taiwan is still beholden to a Constitution -- the ROC Constitution -- that was written in 1947 when the ROC was still in what is now the PRC. Well past its expiry date, the Constitution, amendments notwithstanding, is still Taiwan's foundational document, and since then every Government has felt compelled to defend its writ, including territorial claims in the East and South China Seas, claims that, along with the notion that the capital is still officially located in Nanjing, have continuted to confuse the international community. Any substantial departure from the Constitution, such as its replacement by a Taiwan Constitution, for example, would, under China's Anti-Secession Law of 2005, constitute a casus belli. In many ways, therefore, Taiwan is hostage to that document. (That is also why it has been so difficult for Taiwan to adopt legislation on treason and external influence -- how to prosecute when the Constitution itself claims the whole of China?) The dusty Constitution is only part of the problem, however. Following democratisation, Administrations in Taipei could have moved away from it and emphasised that today's ROC is limited to Taiwan proper and its outlying islands. As recently as May 2016, the Government in Taiwan, then under Ma Ying-jeou of the Kuomintang (KMT), still claimed to represent all of China -- a preposterous proposition, no doubt, but one that nevertheless contributed to the zero-sum approach to the issue. Not until President Tsai Ing-wen of the Democratic Progressive Party (DPP) did a Government in Taipei formally acknowledge the existence -- and legitimacy -- of the PRC. Of course, that acknowledgement, along with Tsai's contention -- a valid one, I would argue -- that Taiwan = ROC and the ROC = Taiwan -- is, in Beijing's eyes, tantamount to declaring "two Chinas" or "one China and one Taiwan", an unforgivable sin in the eyes of the Chinese Communist Party. Still, the admission that the PRC is a legitimate legal entity is a move in the right direction, though even under Tsai Taiwan has retained its claims to parts of the South China Sea as well as the Senkaku/Diaoyutais in the East China Sea. The PRC does exist, and the claim that the ROC still holds sway over that large territory is risible. Since 2016, Taipei has pre-emptively severed diplomatic ties with countries that were about to cut ties with Taiwan and establish relations with the PRC. While this policy may appear to have resulted from the longstanding zerosum game between Taipei and Beijing, there is reason to believe such action was instead taken to vouchsafe Taiwan's dignity, knowing full well that a precondition for recognition by the PRC was the severance of ties with Taipei as well as a declaration of abidance to "one China". The next step, therefore, is for Taiwan to openly declare its amenability to dual recognition, an option which it could propose to the handful of States that are currently rumoured to be exploring the possibility of re-establishing official ties with Taiwan. No doubt Beijing will continue to play the zero-sum game and vehemently deny the possibility that "two Chinas" or "one China, one Taiwan" can co-exist, but, by ceasing to play that zero-sum game, Taipei would make it clear that the impediment to a peaceful resolution to the dispute in the Taiwan Strait lies with Beijing. The ball, the impediment to peace, would thereby be fully in Beijing's camp. No doubt such a decision would spark some discontent in Taiwan, especially among KMT elders who still hang on to the illusion that the ROC accounts for the whole of China. But such individuals are a dying breed, and the backlash would be survivable politically. The great majority of people in Taiwan, "blue" or "green", would agree. The existence of the PRC is a reality, regardless Taiwan's issues with its current political system. But Taiwan, or the ROC, is also a reality. The zero-sum game in the Taiwan Strait has outlived its usefulness and no longer reflects reality. Taipei should make it clear that it is willing to think creatively about the problem. Offering the possibility of dual recognition would be a step in that direction. * This report first appeared in Taiwan Sentinel