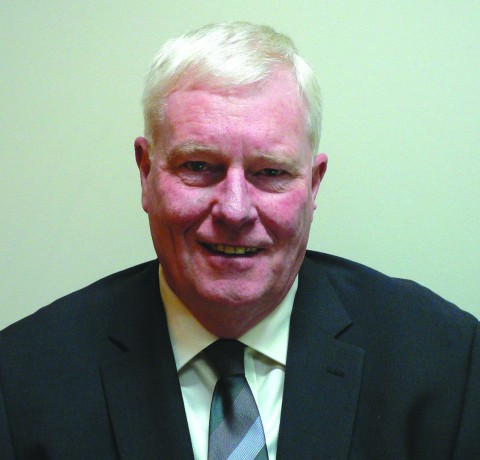 WESTPAC, which recently opened a full Branch in Mumbai, says it is customer-led, and future expansion will follow Australia’s trade flows into Asia. Westpac is also moving into new areas of trade finance . . .

Australia’s small and medium-sized companies are more likely to settle trade in the Chinese currency, the yuan, now that Australia has formally inked an agreement with Beijing on renminbi trade settlements, according to Westpac.

“The market for RMB is probably more attractive to SMEs than to big companies, simply
because the majority of large corporates trade in commodities and resources, which are predominantly USD-denominated,” says Gordon Sparrow, Westpac Executive Director and Head of Trade Sales - Global Transactional Services.

Large companies trade in US dollar-denominated goods and have greater selling power to negotiate terms of transactions with their buyers, Sparrow told ATI.  SMEs, which are predominantly importers, obviously have less
negotiating power, so they are more likely to be prevailed upon by Chinese exporters to settle in RMB, he adds.

Westpac has been undertaking RMB transactions predominantly out of Singapore, its Asian headquarters, and Westpac branches in Hong Kong and Shanghai.

The bank continues to build its RMB deposits to fund trade settlements. Currently, the
facility is used by only a small number of
clients. But with the publicity surrounding
recent deals on the RMB between Beijing and Canberra, more Australian companies could elect to settle in RMB, says Sparrow.

Peter McMurrich, Westpac’s Head of Trade - Global Transactional Services, says the RMB facility is just one facet of a range of value-added services the bank is offering to clients doing international business. “To be successful, we need to work for our customers,” he says.

The existence of essentially two RMB markets — the domestic yuan CNY and the offshore CNH, residing in Hong Kong — adds to the complexity of trading in the currency. The CNY is not convertible, while CNH is fully convertible in Hong Kong — a pool of around RMB 780 billion was held in Hong Kong at the end of 2012.

Hong Kong in 2012 accounted for more than 90 per cent of China Mainland cross-border trade settled in RMB, according to Hong Kong authorities.

“In the past two-and-a-half years, China has undertaken significant and meaningful reform of regulations around its capital account, and its offshore RMB market has opened very quickly,” says Sparrow. China first implemented an RMB payment system in 2004.

But China is a fluid market, warns Sparrow, and regulations can move so fast that by the time products are developed, they are out of date. He would not be surprised if the yuan becomes fully convertible within five years.

“They are moving forward, and that (full convertibility) is not impossible. It is achievable in the timeframe, but the domestic environment has to be ready for it.” Sparrow adds that the Chinese have been very prudent in the way in which they have managed opening up of the nation’s capital account.

McMurrich says Westpac returned to a focus on Asia five years ago, taking a highly-targetted approach. “Certainly, we treat it (Asian expansion) differently to our competitors ,” he told ATI. “We go to where our customers trade — which is China and India.”

Westpac does not intend to become a “super regional” player, with a flag in every country in Asia, adds Sparrow. Future expansion will follow Australia’s trade flows there.

Westpac has been operating branches in Singapore, Beijing and Shanghai for some time, and more recently added Mumbai to its overseas network. In Mumbai to officially open the branch there, Westpac Chief Executive, Gail Kelly, said her aim was to increase revenue from Asia sevenfold to AUD750 million within five years.

“It is very important for us to be on the ground and to have capabilities to support our customers,” says McMurrich, adding that corporate clients must be able to walk into any of Westpac’s Asian branches and expect to have a range of corporate banking services available to them, as they would in a visit to a branch in Australia. Westpac does not offer retail services in Asia.

McMurrich says the bank services a number of what he calls “strategic” clients (large Asian corporates) in Asia. For example, it provides funding lines to a number of major Indian companies who are seeking to diversify their sources of financing. The Reserve Bank of India actually supports the involvement of foreign banks in funding Indian companies, as they provide alternate sources of liquidity, and foster competitiveness  in the Indian market.

Since the global financial crisis, says McMurrich, companies have been managing their risk more intensely — and they look for AA-rated banks. Australian banks, including Westpac, are among a dozen or so banks globally to still have an AA rating.

Corporate treasurers and chief financial officers, he says, have become more aware of bank risks, and boards have risk committees to rate banks they do business with. They want to be comfortable, he says, and more are diversifying their banking relationships. This is where highly-rated banks like Westpac have come into a realm of their own.

McMurrich says documentary trade in Asia remains very strong. With the exception of
Japan, large Australian natural resources and agricultural companies still choose to settle shipments with letters of credit in their trade with trading partners. Letters of credit, confirmation of L/Cs and guarantees make up a suite of risk mitigation Westpac offers its clients
doing international business.

Gordon Sparrow says there is currently a “perfect storm” in the global trade finance market. “There is more liquidity on the planet than there ever has been. And there is a high level of liquidity at a time when commodity prices have been falling, opening up (lending) capacity.”

With lower funding demands, banks have more capacity within their trade finance limits. This means they generally have surplus credit available, and that increased liquidity needs to be soaked up.

Bank competition to finance trade has led to squeezed margins.  “For every deal that is out there, there are multiple players wanting to take up the transaction,” says Sparrow. “Economic pricing is going to remain challenging for some time to come.”

Westpac is moving into new areas of trade finance, including supply chain and inventory financing. It is also looking to finance deals
between producers and buyers. “We are prepared to finance raw materials, and we have facilities to finance the processing of raw materials,” says McMurrich. “Currently, we can do this with Australian companies in Australia, but we are exploring ways to expand this facility to offshore clients in their own markets.”

Westpac is an active participant in the inventory finance market, buying commodities through an Australian special purpose vehicle. The bank is an active financier of the grain sector, especially in wheat and canola seeds, offering working capital from farm to production and export, and expanding the commodities for which it is able to offer specialised inventory
finance.