The Realpolitik of trade deals 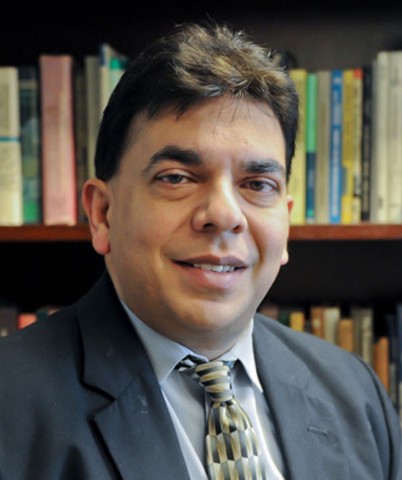 THE TPP has morphed into the CPTPP. China is trying to get a deal done on its RCEP. India is holding out on trade issues dear to its heart. And any real benefits could be 10 years coming . . .

WITH the rescue of the Trans Pacific Partnership — the trade agreement among 11 Pacific Rim nations that appeared destined for certain death after the United States withdrew — the focus has switched firmly to another agreement, the Regional Comprehensive Economic Partnership (RCEP).

The RCEP initiative is dear to the hearts of ASEAN and China — but it has languished in the shadow of TPP for the past four years.

Jayant Menon, ADB’s lead economist specialising in trade and international investment, believes what is happening with the TPP will give those countries committed to RCEP renewed impetus to conclude their negotiations, sooner rather than later.

“With TPP-11 looking like it will be signed into an agreement in March in Chile, RCEP countries will be pushed to come to an agreement this year as well,” he told ATI Magazine.

RCEP is made up of all 10 ASEAN members plus India, China, Japan, South Korea, New Zealand and Australia .

“RCEP is struggling,” says Menon. “There are still some difficulties.

“From what we can tell from reading between the lines, the main difficulty is trying to bring India along at the same pace as the others.”

India is facing strong political pressure at home to resist demands to reduce tariffs on up to 90% of traded goods.

It is said that many RCEP members have demanded that import tariffs on agricultural and industrial goods be reduced to zero for more than 92% of tariff lines.

India is proposing a level of 80%, with a deviation of six per cent either way.

Indian media has been voracious in mounting concerted attacks on reduced tariff demands, with calls for India to exit the talks.

India is also pushing for market access for services and the movement of pro-fessionals, something that is politically sensitive for many RCEP countries. Understandably so, because India’s real comparative advantage is in the services sector, not in manufacturing.

China, which played an important role in creation of RCEP as a counter to U.S. influence in supporting the original TPP,  is said to be backing Singapore in its desire to see a successful outcome for RCEP.

Singapore is Chair of ASEAN this year, and describes getting RCEP moving as one of its priorities.

Whether an agreement is actually reached in 2018 will depend on how the negotiating parties can assuage India’s deep-seated concerns.

The bottom line appears to be India’s fear of an unimpeded influx of Chinese products swarming into the Indian market.

Unlike others in the RCEP room, India is not as exposed to international trade. It also carries painful legacies from the Uruguay Round, which led to formation of the World Trade Organisation (WTO).

India is not necessarily likely to be moved by the fact that TPP may come into effect shortly, covering other Asia-Pacific nations.

But differences during trade negotiations can be bridged, witness revival of the TPP.

Despite having exceptionally high ambitions, the 12 negotiating parties to TPP had reached agreement before President Donald Trump torpedoed U.S. membership when he entered the White House in January last year.

The U.S. withdrawal created what appeared to be insurmountable obstacles to actual implementation of the TPP, but remaining TPP members managed to clobber together an agreement — albeit, at this point, with low ambitions. A revised deal on tariffs and trade rules is likely in March.

Following U.S. withdrawal, the TPP has morphed into a new entity — the Comprehensive and Progressive Agreement for TPP (CPTPP).

Menon says that without the huge U.S. market within its catchment area, TPP-11 or CPTPP is a “less potent” agreement than TPP would have been.

He told ATI: “The U.S. dropout has a significant negative impact on the agreement in terms of magnitude and market size. (But) there is some positive impact (from the U.S. withdrawal) as well.

“A lot of intellectual property clauses in the original agreement were, in my view, very unfair to developing countries.”

Menon is referring to TPP provisions which pandered to protect the intellectual property rights of the large US pharmaceutical multinationals. Menon notes that the U.S. was the party driving some of the most difficult and sensitive TPP issues to protect U.S. companies.

“What have been removed were controversial and arguably unfair aspects of IP clauses,” he says. “Not all of it, but some of it has been removed. Some of what is left could also be improved.

“So the agreement is more traditional now in terms of dealing with market access, tariffs and quotas.”

Menon does not believe that the new revised TPP suffers from lower standards. “In terms of standards (there is) not much difference in quality. In terms of fairness, it is much better.”

The CPTPP commits to the highest standards of any trade agreement — higher even than standards required by the WTO in some areas.

Menon says there are still what he refers to as “some bells and whistles” (from the original TPP agreement) covering areas like e-commerce.

But while much has been written on the projected economic benefits of CPTPP, Menon says that, frankly, much depends on how quickly member countries now ratify the agreement and proceed with implementation.

“What happens if they don’t (ratify and implement)? How can we ensure enforcement of commitments? All that has yet to be seen,”
he says.

Many of the types of reform required by implementation of the CPTPP will take time to pan out. “Even if implemented according to schedule,” Menon says, “it could take 10 years or more before we see real benefits arising from the agreement.”