OF PUPPET EMPERORS AND PRESIDENTS 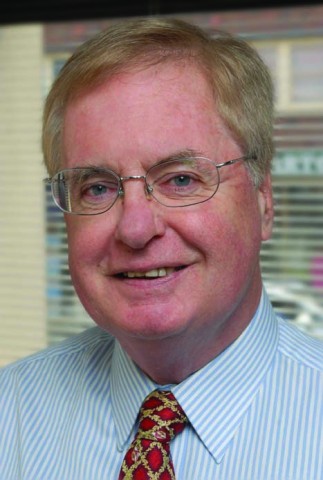 MUCH of the geo-political risk existing today stems from strong political leadership – or the lack of it . . .

JUST MONTHS before the final Handover of Hong Kong to China, we led our ASIA1997 flagship issue with an extensive report on what the future might bring this last of the British colonies.
Our cover line summed up the mood: HONG KONG: AWAITING A LEADER, FEARING A PUPPET EMPEROR. As apt then as it is today, 18 years later.
“It is clear,” we said then, “that the selection of Hong Kong’s first Chief Executive is the most critical issue facing the British colony today.”
That first Chief Executive, Tung Chee Hwa, has come and gone, as has his successor, the former public servant Donald Tsang. The Hong Kong people don’t care much at all for today’s Chief Executive, C Y Leung, and they want to select their own man (or woman) to represent them in 2017.
It is something they were promised — but never in writing — almost from Day One of Chinese rule.
Now, China is rewriting the rules of engagement, stating publicly what everyone in Hong Kong already knows and understands: that Hong Kong’s future economy and the welfare of its people can be as ether at the whim of Bejing.
It is instructive that when Hong Kong students took to the streets in November, they adopted the Puppet Emperor theme, picking up on a deep yearning in Hong Kong dating back to the second term of Donald Tsang for a Chief Executive who would not allow China to (entirely) pull the strings, but rather would honestly represent the needs and
aspirations of the Hong Kong people to the Chinese leadership.
They worry about housing costs, about future jobs for new generations, about the dilution of their culture into the maelstrom of the Mainland. They want a say in the shaping of tomorrow’s Hong Kong.
The dilemma now faced by Beijing is that it needs a change in Hong Kong electoral law to fit its requirements for the 2017 Chief Executive election, something that is going to require some subtle horse-trading – far away from megaphone diplomacy.
That is because to change the electoral law requires a two-thirds majority vote in Hong Kong’s Legislative Council. Given the number of Democrat members incumbent there, this seems unlikely, and some Democrats are already arguing that it would be best for Hong Kong for the current status quo to continue.

IT BECAME apparent as we began planning a theme for ASIA2015 that risk emerging from geopolitical issues was a subject now high on the international business agenda.
Much of that risk stems from strong political leadership — or the lack of it.
There are strong Presidents – think Russia’s Putin, China’s Xi. Strong Prime Ministers – think Japan’s Abe, India’s Modi. And there are Puppet Emperors — think minority Western governments unable to properly govern, and transient leaders propped up by foreign powers.
It’s a rich mix of opportunity for those ambitious for power and influence. And where the disenfranchised and disenchanted yearn for real leadership, the ugly face of militant Islamism can have haunting appeal – bringing death to feast at the table of weaker men.
As Simon Tay says in our cover report (see page 8), it is because the United States is being forced to multi-task (in its lonely effort to play global policeman) that it is suffering what he calls ‘attention deficit’. An example, as former US diplomat Christopher Hill points out (page 17), could be the unintended consequences of Obama’s ‘pivot’ to Asia – which has created three clear misconceptions about US foreign policy, and new tensions with China.
Business today faces challenges on a number of fronts. Among them, supply chain problems caused by the dislocation of war, the impact of sanctions, the policy vacuum of minority governments, the uncertainty of the political tide, and, not least, the impact of social media.
Consider for a moment what could be termed the ‘hot spots’ of Asia.
The South China Sea, certainly, where China is in dispute with Japan, with
Vietnam, with the Philippines and, potentially, with Indonesia as it presses ahead with plans to fill much of its energy needs from deep sea wells in disputed territory (see page 18).
There is the North Korean situation, an international dilemma that China could possibly resolve (to its own advantage) by creating a client State based on Pyongyang – but at the risk of enraging Japan.
India, where al-Queda is threatening to launch a terror campaign, while ISIS recruits Muslims from Australia, Malaysia, Indonesia and even Singapore to its cause. Attacks by Muslims crossing from Bangladesh into
Burma are widening and becoming more frequent. China has its own Muslim problem, as does Thailand.
In Hong Kong, the current protest against China; and in Taiwan, increasing public resistance to further rapprochement with Beijing. In Thailand, a military government seen to be entrenching its power, an unintended consequence said to be a dismantling of the planks of democracy.

OF ALL today’s leaders, China’s Xi Jinping is probably least envied as he continues his anti-corruption drive while simulteneously trying to rebalance the economy.
An underlying message coming through in some reports in this issue suggest that his daily ‘to do’ list is so all-consuming that some foreign policy issues — such as the South China Sea disputes — are for the moment being left to others.
Xi does deserve support and a degree of understanding as he steers the ship of State into what, for China, may be unknown waters.
At the same time, he may need to address what is increasingly seen as the growing arrogance of China. Simon Tay puts it bluntly: “There is a view in China that the rest of us must bow when China is in the room.” And Christopher Hill: “My hope is that China will stop dealing with its neighbours as tributary States and deal with them as Sovereigns.”
Australia’s Malcolm Turnbull (page 20) says that if the objective of Chinese regional diplomacy is to weaken American influence with the nations of the region, it is not working. “The counter-productive consequence has been to drive China’s neighbours into increasing their defence spending and into closer alliance with the United States. A better strategy would be one that builds trust with its neighbours and settles disputes pragmatically, as China did with Russia in 2004,” he says.
Australia is hoping to sign off a Free Trade Agreement with China when Xi visits for the G20 meeting in November, with plans for him to address the Australian Parliament. It is to be hoped that, in the rush to completion, common sense does not fall victim to compromise.
Indications are that Australia will benefit in the services area, and in tariff levels on exports such as wool. The recent scattering over an environmental levy on Australian coal exports may be little more than a negotiating ploy.
China, for its part, wants Australia to allow Chinese workers free access for employment by Chinese-owned enterprises, something that will be resisted. Indications are that more Chinese executives may be allowed to work in Australia for Chinese-owned companies. There may also be an easing of restrictions on investments in Australia by Chinese State-owned enterprises.

TWO LEADERS to watch in 2015.
Japan’s Shinzo Abe, who wants to more than double exports of agricultural and other food items by 2020 – and to double agricultural and farm village income over the next decade (see page 20).
And Indonesia’s Joko Widodo, who comes to office with a minority Government and a swag of reform promises (see page 35) . Business wants him to remove red tape, build new infrastructure, and continue the anti-corruption drive. Whether he can, in fact, deliver will not be known for some time.
Indonesia has the potential to play a much larger role, politically and economically, in the future of Southeast Asia
And a leader who has delivered: Benigno Aquino III, President of the Philippines (see page 40), who some now want to see remain in office for a second six-year term (not permitted in the Constitution).His reform programme has shaken off the ‘sick man of Asia’ syndrome, and helped the sovereign graduate from junk bond to investment grade status for the first time in its history.

* Barry Pearton is Publisher of ATI