China’s ‘war’ on pollution is real 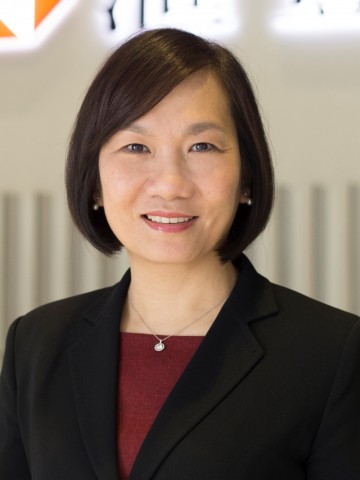 CHINA has made a clear commitment to green energy as it declares war on pollution. It is now the main driver of growth in the global market for green bonds . . .

CHINA HAS a track record of making rapid change. Within a decade or two, the world’s most populous country has become its biggest market for passenger cars, its biggest e-commerce market, its biggest exporter -- and its biggest source of carbon emissions.

So it should come as no surprise that China has now assumed a leadership position in green-investment.

China is ploughing billions into clean energy, promoting the use of electric vehicles, investing in low-emissions infrastructure for its fast-growing cities, and widening the options for green financing.

Efforts to decarbonise and green China’s economy permeate the very fabric of its economic endeavours: while they aim to tackle pollution and climate change, they also dovetail with Beijing’s goal of taking the economy up the value chain, boosting home-grown high-tech industries and the high-end jobs that come with them, and paving the way for more sustainable, balanced and ecologically-aware economic expansion.

They are also consistent with China’s increasingly central role in the world economy, and a growing willingness to speak out on global issues.

China’s “green” motivations are easy enough to understand. For decades, its headlong, double-digit economic growth has come at the cost of the environment – air, water and soil pollution.

At the same time, China’s more and more educated, articulate and confident citizens are increasingly demanding that the benefits of economic growth come without the pain of environmental degradation.

To their credit, Chinese authorities have recognised the need for action, declaring a “war on pollution”.

They have been charting a clear path to a low-carbon economy, pledging under the current Five-Year Plan to incorporate ecological conservation “into every aspect… of economic, political, cultural and social development”.

In January, as the United States seemed poised to take a very different approach to climate change, China said it would plough RMB2.5 trillion (about US$360 billion) into renewable energy by 2020.

The National Energy Administration’s 2016-2020 plan aims to lower the share of coal in the nation’s energy mix from about 64% now to 58%, and to raise the share of non-fossil fuel energy to at least 15%.

While that percentage is still relatively low, it represents a clear commitment to becoming a world leader in green energy.

Changes are already well under way.

On the low-carbon transport and infrastructure front, China has built more than 20,000 km of high-speed rail lines in the past few years. The plan is to extend the network to 45,000 km by 2030.

Likewise, official support for electric vehicles means China is likely to become the world’s largest market for these within the next few years.

A strong green element also runs through China’s ‘Belt and Road’ initiative, which will see billions of dollars ploughed into improving infrastructure links across more than 60 countries in Asia, Europe and beyond.

And China has made significant progress in tackling barriers to private-sector investment in a more sustainable economy, including allowing overseas financial institutions to issue green bonds in China.

China has become the main driver of growth in the global market for green bonds, with more than US$ 33billion-worth of Chinese green bonds issued last year. That is more than one-third of the global total – and up from just US$ 1 billion in 2015.

Green Bond Guidelines announced by the People’s Bank of China in late 2015 encourage independent assurance and regularly audited disclosure. We can expect further editions of the guidance to provide greater clarity, tighter definitions and even more transparency.

Of course, the changes in China’s energy mix and electricity pricing regime, its car fleet or its capital markets cannot happen overnight. As persistent high air pollution in Beijing, Shanghai and other cities in recent months shows, it will take years to clean up China’s environment and to truly “green” its economy.

But China’s policymakers are committed to the fight. They have the motivation, the means and the opportunity to capitalise on China’s current economic transition to deliver substantial green progress in coming years.